A Giant In The Fight For Equality

Nathaniels’ life began over a century ago, November 21st, 1918. He was born in the small town of Carlowsville, Alabama, 20 miles outside Selma. The youngest of 6 boys, he was thin and sickly. His widowed mother raised her children in Snowhill, Alabama. His mother recognized his unique talents early on, and she encouraged him to read books. She wanted him to be educated because he wasn’t fit to work in the fields.

Colley graduated with top honors from Snow Hill Institute before attending Tuskegee Institute. He studied chemistry under George Washington Carver, graduating in 1941 with a B.S. degree and top honors.  While at Tuskegee Institute, he met his future wife, Jerlean Jackson and they married in 1942 before he left for the war.

During World War II, Colley served overseas as captain of a chemical company where he developed a protective suit that could resist poison gas.  To read the rest of the narrative click the “learn more” button.

After WWII, Nathaniel Colley returned to his home state, wanting to attend the University of Alabama. He was turned away, because he was black.

Another door opened, and 2 years later he graduated (the only African American student in his class) from Yale Law School with honors.

He took the State Bar test and received the highest score, which got him a job at The State Board of Education to pack text books on wooden crates

1960 California Governor Pat Brown, appointed Nathaniel to the State Board of Education, the first African American to be so named.  Colley got the text books changed insisting that the accomplishments of blacks be properly reflected. 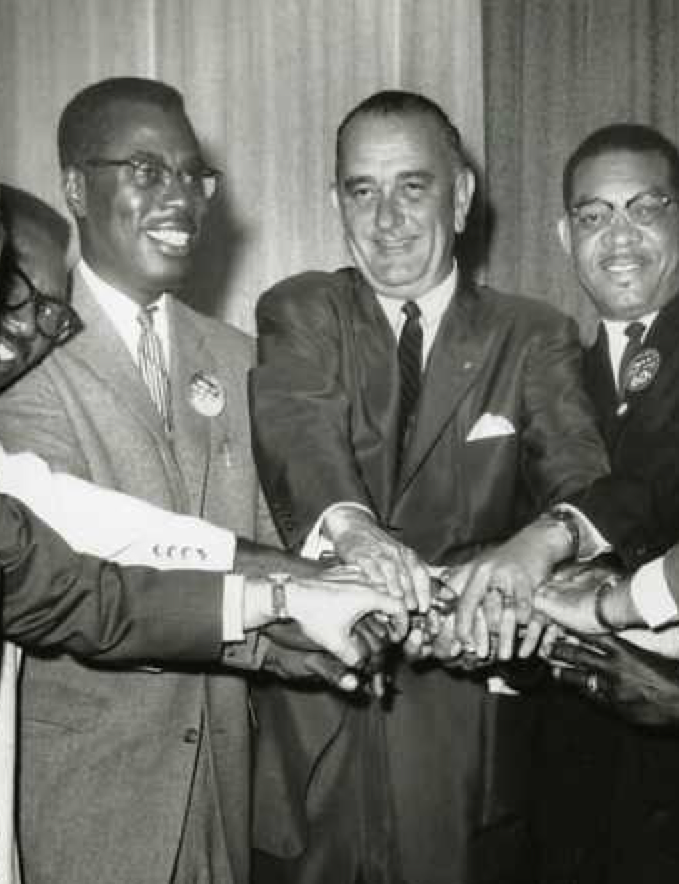 Nathaniel Colley was the National Director of the NAACP for over 30 years.

Nathaniel represented the U.S. at Conferences and Summits around the world.

He was special advisor to several presidents, most notably John F. Kennedy with whom he had formed a friendship.

The classroom was another setting perfectly suited for Colleys talents.

He taught Judicial Philosophy at the McGeorge School of Law for nearly 2 decades.

“He Killed Our Lincoln”

In the wake of President Kennedy’s assassination, Colley wrote a pice for the Sacramento Observer called . . . .

“He Killed Our Lincoln”

He said in part; “Whenever I heard his voice or saw him on television a great feeling of pride surged through me, not only becasuse my friend was speaking, but mainly because I know his was the voice spoke for men everywhere who yearn for freedom and human dignity without regard to race, creed or color.

When this man spoke, America sang its most beautiful Anthem.

“His belief in non-violence is real genuine and his dedication to it was such that nothing could ever make him strike back.”

In 2002 the Civil Rights Project at Harvard university identified Nat Colley’s adopted home town (Sacramento) as the most integrated and diverse city in the United States.